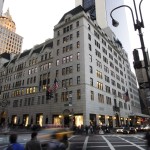 Bergdorf Goodman, at 58th Street and Fifth…talk about location!

Situated at 58th Street and Fifth just opposite Central Park, Bergdorf Goodman is about as iconic a store as you could imagine.

Just prior to the purchase of the property by Mr. Goodman, it was the Cornelius Vanderbilt estate, whose massive gate now graces the entrance to the Conservatory Garden at 106th Street. 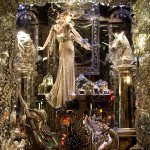 So many references in films have been made to this famous store, they could probably be turned into a movie themselves.

For that reason, as well as the fact that it is located a block from Central Park, I make it a preferred shopping oasis for Ashley Ferguson, one of the main characters in my young adult adventure series, Central Park Story.