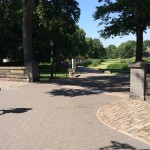 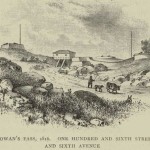 McGowan’s Pass around the time of the War of 1812

I know McGowen’s Pass doesn’t sound as familiar as the Holland or the Lincoln Tunnels. That’s because it was the main gateway to Manhattan during the Revolutionary War.

The gatehouse that guarded the pass stood in a strategic spot where 107th Street and Sixth Avenue would have intersected. Today, it’s a part of the East Drive in Central Park and not considered very strategic at all.

General Washington and his troops marched through the pass on their way to the Battle of Long Island in 1776. After Washington’s retreat, the area was occupied by the British until the end of the war. Then during the War of 1812, it was re-fortified. 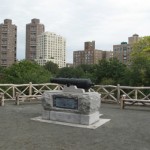 A cannon on the site of Fort Clinton at MrGowen’s Pass (never fired at the enemy! Thank goodness!)

In my young adult adventure series, Central Park Story, I weave this rich and little-known history into a tale of my own!

A Blockhouse from 1812 in Central Park 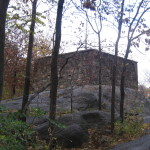 The Blockhouse in the north end of the park…Not the sort of building you would expect to find in Central Park, no?

I lived next to Central Park for fifteen years but never knew there was an old blockhouse within a half mile of our apartment. Of course, it was in the north end of the park which I was told never to enter alone.

In the 1960s, the north end of the park was a dangerous place for anyone to explore; and as a child who still believed in ghosts and werewolves, it meant certain death.

Today, with the crime rate in the city having plummeted and the north end of the park  having become increasingly gentrified, you could probably go there at the stroke of midnight (not me!) and not be bothered by anyone. 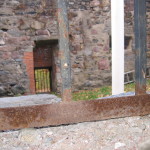 The blockhouse sits on a very steep hill at approximately 108th Street and Central Park West, and is in remarkably good condition considering it’s over 200 years old (see pic to the left). Then again, blockhouses were built to last.

Christopher Middleton, the main character of my young adult adventure series, Central Park Story, manages to get lost and runs across it by mistake.

Perhaps as a result of my lingering fears, I have someone shoot at him past a slit in the wall when he makes his unexpected discovery! 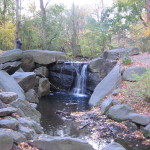 The waterfall in the Ravine in Central Park. You have to think twice to remember  that you’re in a city park!

Yes, you heard it correctly. There are waterfalls in Central Park. Three, in fact.

Note, however, that I didn’t use the word ‘natural’. All three were created through a clever use of hidden pumps that make them naturalistic rather than natural.

When designing the northernmost end of the park, Olmsted sought to make it resemble the Adirondack region of Upstate New York, an area replete with mountains, lakes, and, yes, waterfalls. 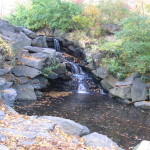 Another cascade in the same ravine… beautiful, no?

Given the difficult topography, he had to settle for a pond, a stream, a ravine, and some steep hills off to either side. Still, he accomplished the task he set out to achieve in spades, and inspired me to included the area–and, yes, its waterfalls–in Book Three of Central Park Story, my young adult adventure series. 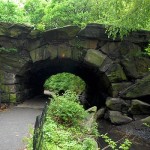 I began this post thinking I’d say something about Huddlestone Arch and leave it at that.

Built from uncut boulders—one of which is said to weigh 100 tons—it is supported not by mortar, concrete, or metal but by gravity and friction alone.

However, when I looked at the other bridges (33 in all) that Calvert Vaux designed so that Olmsted’s vision of 3 separate ways (one for pedestrians, one for horses, and one for carriages) could function, I realized what a symphony of designs he created. 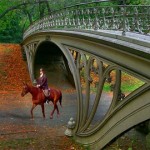 The Iron Bridge near the reservoir–like listening to a beautiful piece of music.

I have included pictures of just three of his bridges (Huddlestone Arch, The Iron Bridge, and Bow Bridge) to show you the variety and the creativity that he put into each one. The only word I can think of to adequately describe them is ‘music’.

I imagine Vaux himself must have had music running through his head when he put pen to paper to create them. 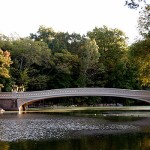 And the most symphonic of them all! Bow Bridge, likened to the bow of a violin.

I’ll have to think of a way to include more of them in my young adult adventure series, Central Park Story, to do them the justice they deserve. For now, I am just happy to include them in my blog.

The Indians Who Lived in Manhattan Were Happy to Get Rid of It! 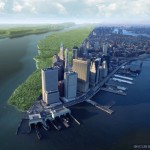 If you find it hard to imagine what Manhattan looked like in the 1600s versus today, here’s something that might help…

The tribe that inhabited the island of Manhattan in the 1600s were called the Lenape, the Lenape being part of the Delaware nation who inhabited the lower Hudson Valley.

Did the Dutch really purchase the island of Manhattan from the Lenape for a mere $20 in worthless beads and leave them holding an empty bag? Not by a long shot. Manhattan, which meant ‘hill island’ in the Lenape’s native language, wasn’t of much value to them, so they exchanged it for iron pots and tools that had considerably more use at the time.

It was a bargain then and no different than any other bargain that has been struck in New York City since. 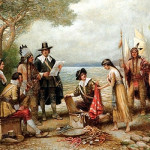 I’m sure the Lenape Indians must have thought the Dutch a little bit crazy for wanting the swampy island of Manhattan!

What I find interesting is why the Indians wanted to live there in the first place. The island was rocky and swampy and had little strategic importance for them as it did for the Europeans.

Frederick Law Olmsted probably had the same reaction when he first laid eyes on the desolate parcel that was eventually to become Central Park. However, with the help of several tons of dynamite and ten thousand workers he somehow managed to turn it into the urban oasis that it is today–one in which Christopher Middleton, the main character in my young adult adventure series, Central Park Story,  takes later refuge in himself.

A Fort in the North End of Central Park: How Things Have Changed! 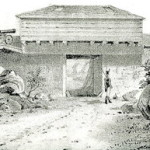 The Gatehouse at McGowen’s Pass that connected to Nutter’s Battery, Fort Clinton and, above them all, Fort Fish

There being no photography during the Revolutionary War, I have to rely on drawings and renditions of what was there at the time.

However, this drawing of McGowen’s Pass (to the right) is so realistic that it makes a good substitute for a photograph. 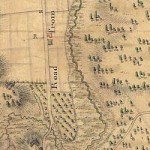 A map of McGowan’s Pass and the Old Post Road leading to it, dating to 1776, around the time Washington would have marched this way

Although it’s safe to say that Washington never slept there, he definitely passed through what would later become Central Park on two important occasions.

In the first, he led his army through McGowan’s Pass, just south of what is today the Harlem Meer, to engage the British forces that had landed on Long Island.

After the British surrender at Yorktown, Washington passed this way yet again, this time to take possession of the city he was forced to relinquish after his defeat at the Battle of Long Island, seven years earlier.

Blending fact with fantasy, I have Christopher Middleton, the main character in my young adult adventure series, Central Park Story, meet General Washington at the pass, and give the general some timely intelligence that allows him to avoid capture by the British forces.

Another Famous Tavern in Central Park? 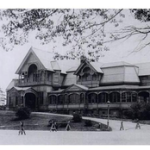 McGowans Pass Tavern in 1915 before it was sold and demolished.

When someone speaks of a tavern in Central Park, they are invariably referring to the Tavern on the Green at 68th Street and Central Park West. However, there used to be another tavern at what is  now 104th Street and Fifth Avenue. It was known first as the ‘Black Horse Tavern’ (prior to the the Revolutionary War), McGowan’s Tavern (from 1756 through the Revolutionary period) and then McGowan Pass Tavern (until it was demolished in 1915).

In 1752, the Continental Congress met there, and no doubt it was a watering hole for both patriots and British alike during the Revolutionary War.

In my young adult adventure series, Central Park Story, I revive it’s early history as McGowan’s Tavern when I have Christopher meet the proprietor’s son, Andrew, who helps him to escape the British.