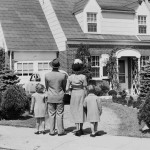 Exactly what is the American dream today…?

In his definition of the American Dream, James Truslow Adams stated that ‘life should be better and richer and fuller for everyone, with opportunity for each according to his or her ability or achievement’ regardless of social class or circumstances of birth.

This may have been the American dream of 1931, but was this always the American Dream, or did it develop out of an earlier version?

In the early part of the 19th Century, the dream that drove most Americans was a sense of rugged individualism–an individualism that had just freed itself from the restrictions of European life. As the gold rush and the industrial revolution took hold, the idea of quick riches and the ‘self-made man’ made its way into that dream. 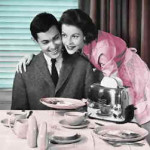 and does it still exist?

In their design of Central Park, Olmsted and Vaux’s three separate ways–one for pedestrians, one for horses, and one for carriages with their well-heeled occupants–became a visible reminder of how that dream was shifting.

Pedestrians could pass either over or underneath those on horses and in carriages without obstruction, yet with a clear view of lifestyle that they aspired to themselves.

What better illustration for the changing nature of the American dream than this?

Not only was Olmsted and Vaux’s solution to the park’s daily usage practical, but it ran parallel to the American dream as it was gradually altering during their own lifetime.

In my young adult adventure series, Central Park Story, I sought to take that dream one step further by suggesting that only when everyone (not just a select few) wins together, can the American dream be fully realized.

Time will tell if this will end up as the new paradigm, or the dream was, well, for want of a better word, only a dream.