I had fun choosing a location for the apartment where Christopher lives in my young adult adventure series, Central Park Story.

I wanted it to be near to where I have his Aunt B run an antique doll house store, but I also wanted it within walking distance of the Bethesda Fountain where most of the action in Book One and Two takes place. 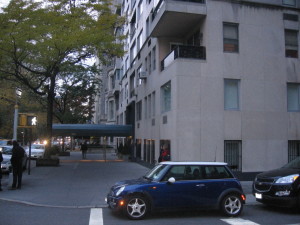 Fifth Avenue seemed to be the most natural choice since it would have tons of views of the park from its windows. But where on Fifth Avenue?

I happened to be staying with friends on 74th Street and Park and walking toward Fifth Avenue when I spotted the building to the right, #923 on the corner of 73rd Street and Fifth.

It looked more ‘youthful’ than its stodgy neighbors and was within easy walking distance of everything that happens in Books One and Two. Plus, it stands diametrically opposite Christopher’s fictitious school at 81st and Central Park West. 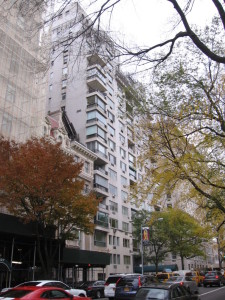 I decided it was a perfect location, yet I still had to decide on the apartment itself.

Since I counted eighteen floors in the building and couldn’t make up my mind which one would be his, I finally decided to place his apartment on the 20th floor, two floors above the building itself!

When you read Central Park Story Book Five, you will see just how magical this choice turns out to be…

Click here to cancel reply.
< Ah! Those Magnificent Elms! King Jagiello of Poland (aka, the Dude with the Twin Swords) >