Home »Central Park Story - Book Four »Does the Dormouse Have Anything to do with a Common Mouse?

Does the Dormouse Have Anything to do with a Common Mouse? 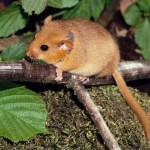 The dormouse is a rodent mostly found in Europe and known for their long periods of hibernation.  Although they may resemble a mouse, their tail is furred, and they are arboreal. (Seen any mice hanging out of trees recently?)

So how did the dormouse get mixed up with the common mouse? 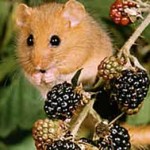 ..add to that the fact that they climb trees to eat berries…

Their name comes from Anglo-Norman dormeus, which means “sleepy (one)”, due to their hibernating at least six months of the year…Hence, the sleepy behavior of the dormouse in Lewis Carroll’s Alice’s Adventures in Wonderland.

In my young adult adventure series, Central Park Story, the Dormouse appears on several important occasions, though I make little distinction between its being a dormouse or a common mouse. After all, they’re both cute and they’ll eat almost anything! 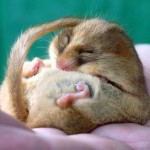 …and sleep half the year, and you get a very different animal than a common mouse!

< What is a March Hare (as Opposed to an April Hare)? The Cheshire Cat in Central Park: A Head Without a Body >