Home »Central Park Story - Book Three »A Gambling Casino in Central Park? You Must Be Joking!

A Gambling Casino in Central Park? You Must Be Joking! 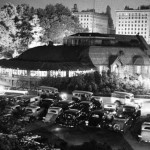 The Central Park Casino at the height of its ‘glory’…

A short distance inside and southwest of the Inventors’ Gate at Fifth Avenue and 72nd Street, where today’s Summer Stage concerts are held, there was once a bustling casino where cocktail music and the fragrance of food drifted beyond the treetops.

Designed in 1864 by Calvert Vaux, the building was originally the Ladies’ Refreshment Salon, meant as a dining place for women visiting the park without male escorts–heaven forbid! After being renovated and expanded, it was turned into a gambling casino and restaurant that became a symbol of the excesses of the Roaring Twenties. 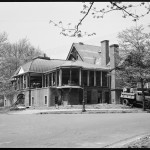 …and its demise. I guess all ‘good’ things must eventually come to an end, right? (smile)

It wasn’t until the Depression in 1929 that it met its just and not-so-dignified end. Mayor Fiorella LaGuardia, in sharp contrast to its once frequent visitor, Mayor ‘Jimmy’ Walker, hated the place and had it torn to the ground. It became a playground for children and thereafter the summer stage that it is today.

Still, the idea of a decadent casino smack in the middle of a public park seemed like such a marvelous symbol of corruption that I couldn’t resist including it in my young adult adventure series, Central Park Story. 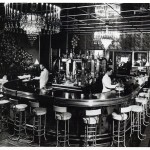 Care for a drink?

< Henry David Thoreau: A Logical Counterpart to Olmsted’s Views of Nature A Secret Staircase in the Underground Arcade? >