Olmsted and the Creation of a City Identity 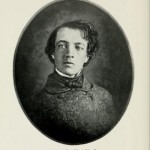 In 1849, Frederick Law Olmsted became secretary of an organization of farmers on Staten Island called the Richmond County Agricultural Society, and wrote the following:

“We ask you, then, Fellow Citizens, one and all, to associate in this Society. We entreat you to support it. We believe it will increase the profit of our labor–enhance the value of our lands–throw a garment of beauty around our homes, and above all, and before all, materially promote Moral and Intellectual Improvement–instructing us in the language of Nature, from whose preaching, while we pursue our grateful labors, we shall learn to receive her Fruits as the bounty, and her Beauty as the manifestation of her Creator.”

If you forget that this was written during his tenure on Staten Island as a farmer, and re-read it with his work on Central Park in mind, you can catch a glimpse of the philosophical undercurrent that informed Olmsted throughout his life: he knew that the only way a community, be it a farm or a city like New York, could thrive was to bring the beauty of Nature that is outside of its confines back into its heart for everyone to enjoy.

Such a philosophical undercurrent ran through all of Olmsted’s projects, from Central Park in New York to the preservation of Yosemite Valley in California, and in that sense became his manifesto.

I have tried to bring out this same underlying principle in my young adult adventure series, Central Park Story, when Christopher attempts to establish a community of his own.

< The New York Times: the Heartbeat of the City and of the Freedom of the Press The Mayflower Compact: The First Truly Democratic Document in America >