Are Olmsted’s Personal Letters Hidden in a Shoebox in Aunt B’s Apartment? 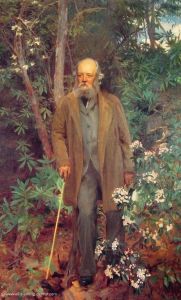 Olmsted’s personal letters exist, but not in a shoe box in Aunt B’s apartment as described in Central Park Story, Book One. That part is purely fictional.

I have read several of his letters, and was amazed by how expressive and full of life they are. Much of the writing from the 19th Century sounds stiff and formal, but Olmsted’s words, despite their being somewhat undisciplined (or perhaps because of it), sound fresh and alive.

Who, for instance, can’t smile at his statement, ‘I was very active, imaginative, inventive, impulsive, enterprising, trustful, and heedless, which makes for what is generally called a troublesome and mischievous boy.’?

For this same reason, I decided to model Christopher’s own undisciplined personality after Olmsted’s and even go so far as to make them distant relatives in my young adult adventure series, Central Park Story.

Click here to cancel reply.
< Is Christopher Middleton Really Olmsted’s Great (Times Three) Grandfather? Is There Really a Secret Model Of Central Park Dating Back to the 1860s? >