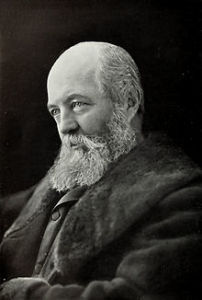 He looks a little mischievous even in his later years, don’t you think?

If you’re asking this question, I must have been successful  in writing Central Park Story. Otherwise, you’d have seen straight through to the truth.

As I made clear in the preface,  my characters are fictional in nature; but I did try to make it seem plausible that Christopher could, in fact, be Frederick Law Olmsted’s great great great grandson.

After Olmsted’s children passed on some decades ago, the genealogy spreads out, so that helped. Then I decided to make Christopher sixteen, so assuming he was born in the late 1990s, a great great great grandson of Olmsted could conceivably have been the same age. To make it more convincing, I had Christopher born and raised in Hartford CT, where Olmsted himself was born and raised. The most important thing, however, was making them similar in nature (at least as far as I could fathom Olmsted’s own personality from reading some biographies)–both of them being outsiders, adventurous, intractable, and not a little mischievous!

It’s amazing what fiction combined with a reasonable amount of fact can come up with! (smile)