Home »Central Park Story - Book One »Ivanhoe by Sir Walter Scott–Yes, You Can Tell a Book by its Cover

Ivanhoe by Sir Walter Scott–Yes, You Can Tell a Book by its Cover 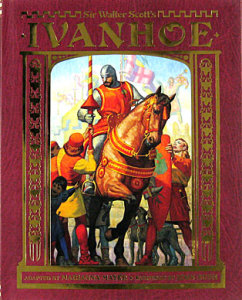 In the case of Sir Walter Scott’s novel Ivanhoe, you can pretty much tell a book by its cover. Yes, it’s about heroic knights in the Middle Ages just as Christopher notices when he first picks up the book in his English class.

Of course, there’s a bit more pizazz to the story of Ivanhoe, especially if you’ve seen the stunning Elizabeth Taylor play in the 1952 movie version–talk about wow!–but, being the first historical novel of its kind, it pretty much set the stereotype of heroes and villains for the next hundred years.

When I was in eighth grade, my English teacher read it aloud to the rest of us and, despite the stereotypes, or maybe because of them, it captured my imagination entirely. Unable to get it out of my mind some fifty years later, I decided to include it in Central Park Story Book One. 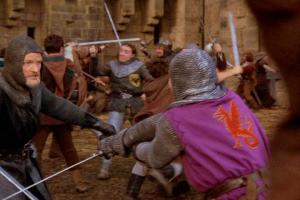