Home »Central Park Story - Book One »Knights Duking It Out In Central Park? Are You Kidding Me?

Knights Duking It Out In Central Park? Are You Kidding Me?

As I was walking in front of Belvedere Castle one lazy afternoon, I happened to see two medieval knight duking it out in the same spot where Christopher sees King Jagiello riding his horse in Central Park Story Book One. 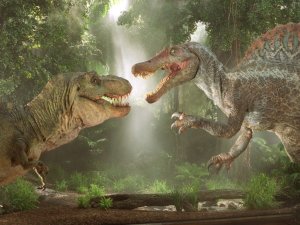 Two dinos duking it out

As luck would have it, I forgot to bring my camera, so I missed taking pictures of these guys dressed in medieval armor whacking each other with swords, but the picture to the right gives you some idea of what I saw. 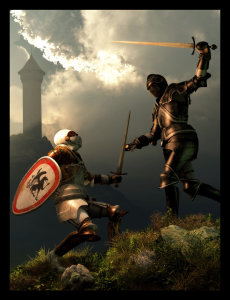 Click here to cancel reply.
< Tennis in Central Park, anyone? What To See When One Visits the Met (on the Front Steps, that is) >