Unfortunately, I can’t include a picture of Mr. Cook splitting his pants because it doesn’t exist.

That doesn’t mean that it didn’t happen, however.

When I was Christopher’s age, my own English teacher, who went by the same name as Mr. Cook in Central Park Story Book One, split his pants in front of the entire school.

At the time, I didn’t think it was such a big deal. Why should I? Most of my pants were already ripped. But I’ll never forget the different shades of red on his face when it happened. 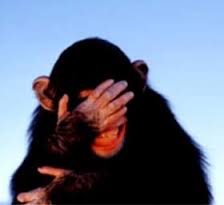 I can’t believe he split his pants!