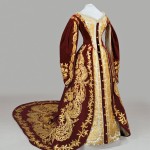 A bit pretentious for Oscars night, but not if you happen to be Empress of Russia!

In my young adult adventure series, Central Park Story, Ashley Ferguson is dying for her boyfriend, Christopher Middleton, to take her to a show of Russian Imperial dresses at the Met.

But whatever you happen to think about going to a museum to view fashion designs of nineteenth century imperial Russia, I think you’d have to be impressed by some of these creations. 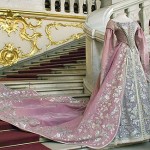 . . . or what about wearing this one out to the movies? 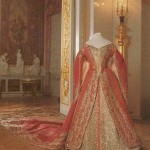 . . . and saying goodnight to the kids in this!

< New York Historical Society–A Great Place for a School Outing (and an Argument) When Did Thanksgiving Start in the US? >