Tennis in Central Park, anyone? 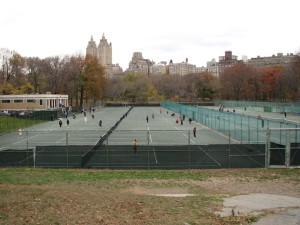 The tennis courts in Central Park where Christopher plays and beats his arch enemy, Devon

I never played tennis in Central Park. The area was too dangerous when I was growing up, but here’s a picture of the tennis courts west of the reservoir where I have Christopher and Devon duke it out in Central Park Story Book One.

I became more involved in sports as I grew older (crew, squash and other nearly extinct sports) and eventually settled on becoming a tennis instructor and coach which is how I was able to come up with the tennis scene for my book.

Below is a picture of me giving a lesson, not in Central Park but five hundred miles south in the mountains of West Virginia! 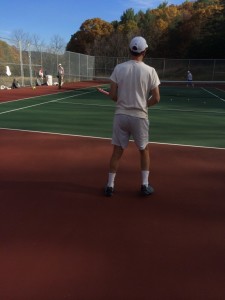 ‘Watch the ball and bend your knees. That’ll be fifty dollars please.’

Click here to cancel reply.
< Some Frightening Images of Cockatrices! Knights Duking It Out In Central Park? Are You Kidding Me? >